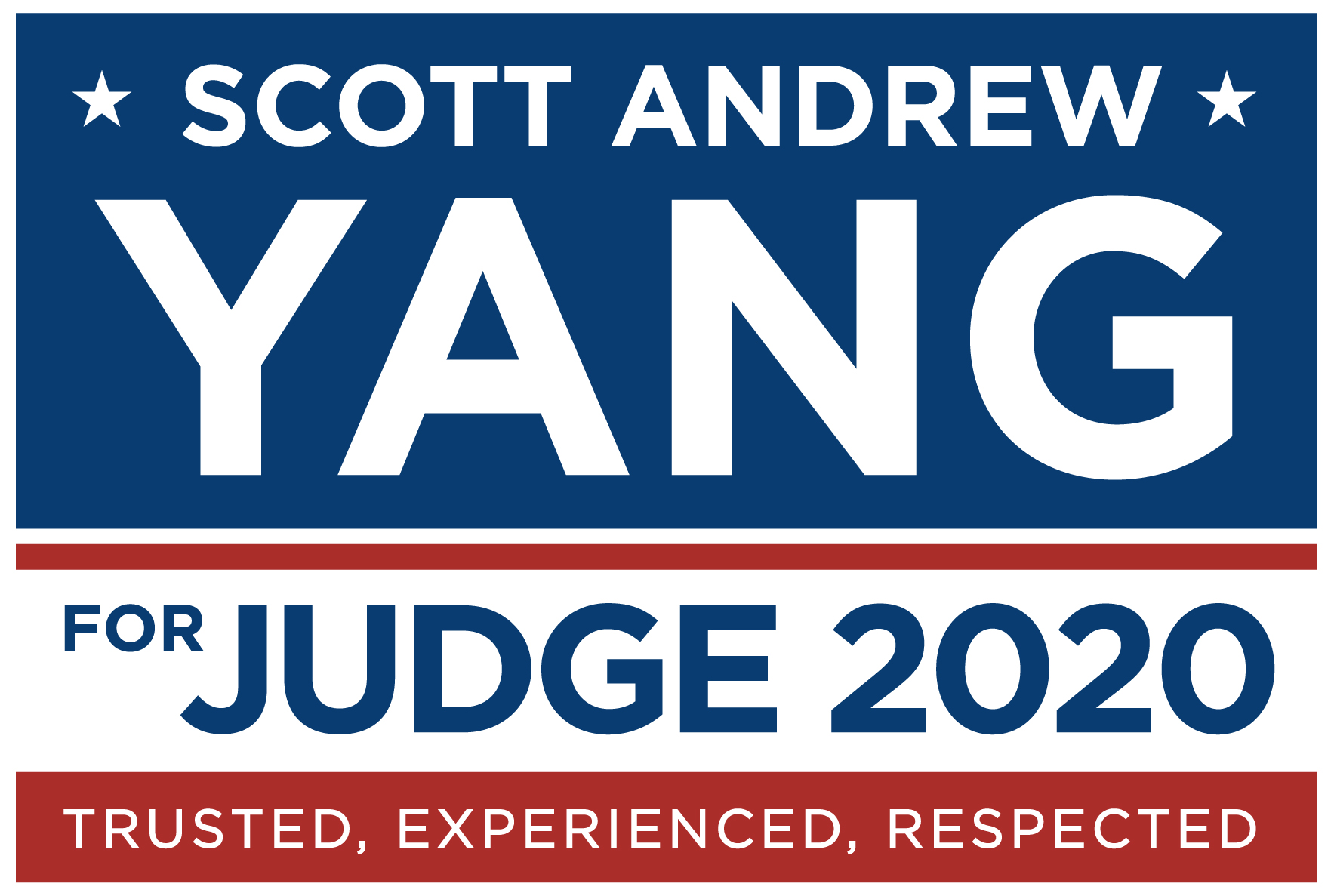 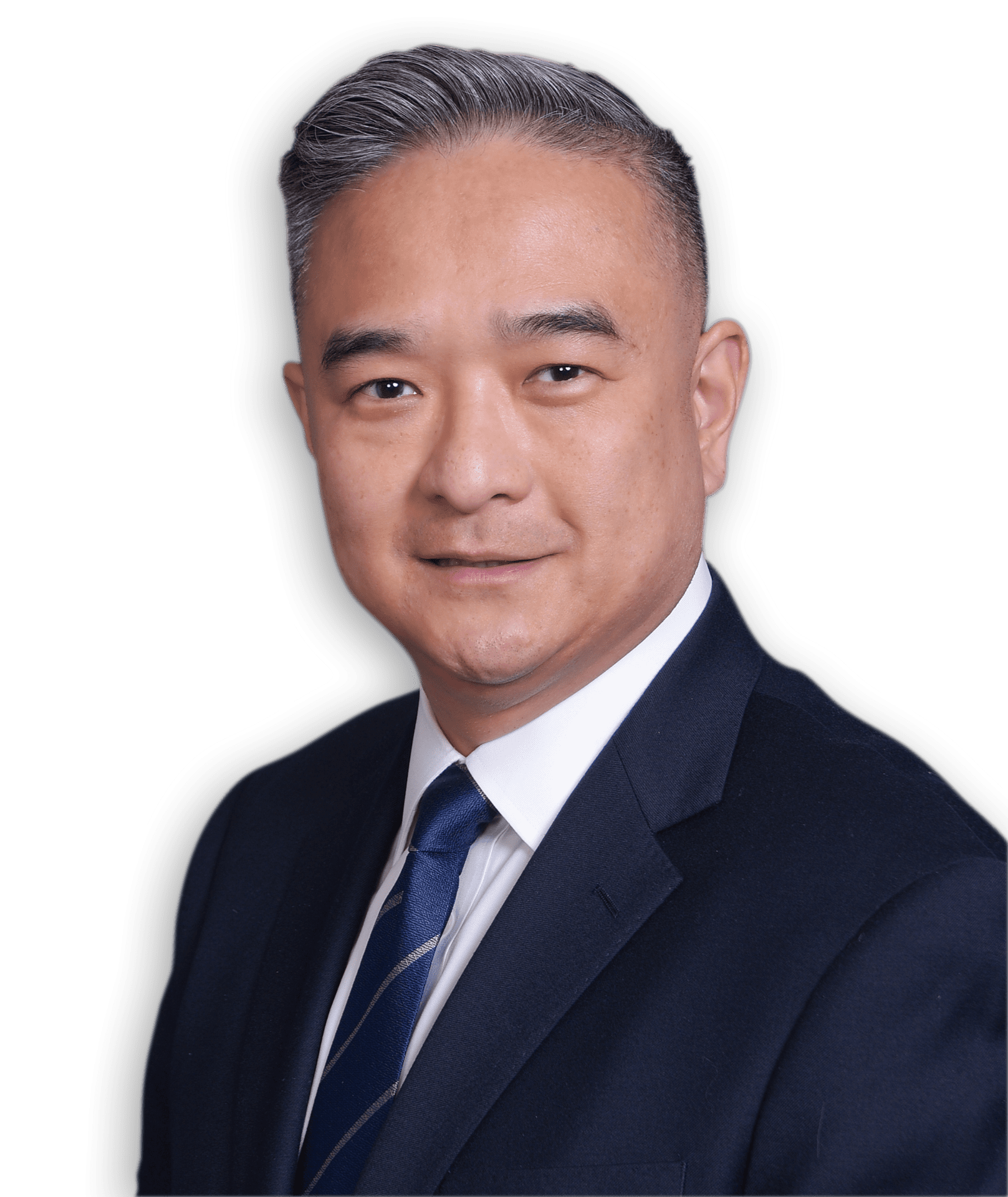 accomplished
sex crimes prosecutor
RATED “WELL QUALIFIED” BY THE
LA COUNTY BAR ASSOCIATION
Scott Andrew
Yang
Is running for Judge of the Los Angeles Superior Court, Seat 162.
DONATE NOW
My extensive public service career has been dedicated to protecting victims of violence.
I have been a Deputy District Attorney for over 11 years, currently assigned to the Sex Crimes Division where I am known for my record as a strong and ethical criminal prosecutor, as well as an advocate for victims and families. Previously, I worked for the Los Angeles County District Attorney in the Victim Impact Program, where I prosecuted cases ranging from domestic violence to child murder most notably Isauro Aguirre, Gabriel Fernandez’s murderer along with Jonathon Hatami.
I am committed to giving back to my community.
I have led Victim Advocacy trainings for the Desert Oasis Center of the Antelope Valley, supporting volunteers who help victims of domestic violence and sex crimes advocate for their rights and access to vital services. I have also worked with the Los Angeles County DA’s Law Clerk program, to help mentor college and law school students interested in a legal career.
I am respected and trusted.
As an accomplished trial attorney, I believe I have the experience and background to be a good and fair judge. Not only am I respected and trusted by my colleagues and those I’ve advocated for, but I have also earned the respect, trust, and support from defense attorneys, judicial officers, court staff, and law enforcement.I hope to continue to serve the community as a judge and commit to my work with the same integrity, fairness and temperament to the bench as I have demonstrated as an attorney.
“Mr. Yang is passionate about equality, justice and fairness.  He is humble and will bring civility and respect to the bench.  I truly look forward to having him as a colleague.”
- Hon. Robert Chu,
Superior Court Judge
I ask for your support for my campaign and to vote for me on NOVEMBER 3, 2020!
CHECK OUT this endorsement by metnews
A LITTLE ABOUT ME
RATED “WELL QUALIFIED” BY THE LA COUNTY BAR ASSOCIATION
Scott Andrew Yang is a Deputy District Attorney, former small business owner and immigrant who truly understands what it means to live the American dream.

Born in Long An, Vietnam, Scott and his family were forced to flee their home country in 1979. One of Yang’s earliest memories is stepping off the plane in Grand Rapids, Michigan and thinking, “Wow… we are finally here in America.”

The family of six had endured two years wandering as refugees, going through four refugee camps across Southeast Asia.  When they finally made it to the United States, no one spoke a word of English.   And with limited education and no other family in the US, they had to rely on each other, their faith and hard work.

The Yang family settled in the Los Angeles Community of Echo Park in 1984, where Scott attended Betty Plasencia Elementary, Virgil Junior High, Grant High School and went on to attend UCLA, receiving a Bachelor of Arts degree, and Southwestern University School of Law.  During college, Scott was the Director of the UCLA Pre-Law Society and the Co-Founder of UCLA’s Mock Trial Association.  He was also active in Amnesty International.  While attending law school, Yang was a member of the Intercollegiate Trial Advocacy Program and was selected for Moot Court competition team.
Mr. Yang is currently a Deputy District Attorney assigned to the Sex Crimes Division, where he is known for not only his record as a strong criminal prosecutor, but as an advocate for victims and families.
Previously, Scott worked for the Los Angeles County District Attorney in the Juvenile Crimes unit and has prosecuted cases ranging from domestic violence to child abuse, murder and other criminal offenses. He has been rated “Well Qualified” by the LA County Bar Association.
‍
Before joining the DA’s office, Mr. Yang was an attorney in private practice, specializing in real estate and other civil law matters.  He also has experience running a small business.  For nearly ten years Yang ran the family business - a vocational school in the San Gabriel Valley with over 1,000 graduates.

Yang has provided Victim Advocacy training to the Desert Oasis Center of the Antelope Valley, where volunteers help victims of domestic violence and sex crimes advocate for their rights and vital services.  He has also worked with the Los Angeles County DA’s Law Clerk program to help mentor college and law school students interested in a legal career.

In the March 2020 primary election, Mr. Yang came placed first in a three candidate field, garnering more than 49% of the vote.

Scott and his wife, a restaurateur reside with their children in Los Angeles County.
GET INVOLVED
Thank you! Your submission has been received!
Oops! Something went wrong while submitting the form. 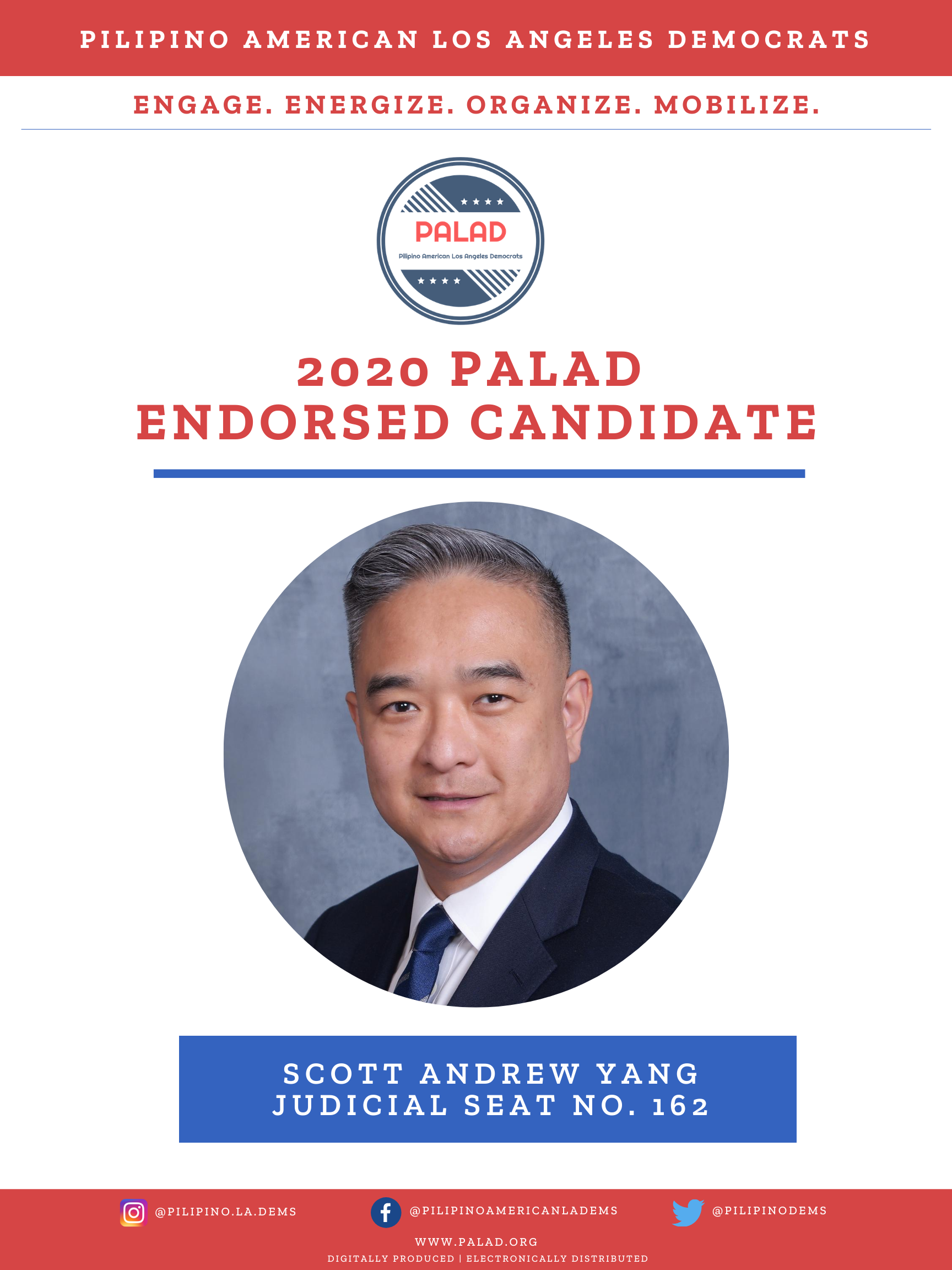 Business, Individual and PAC contributions are accepted. Contributions to this committee are not tax -deductible contributions for income tax purposes.
Paid for by Scott Yang for Judge 2020. FPPC #1422160